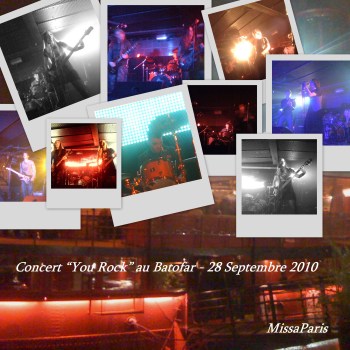 The Batofar is, as its name says (“Bateau” means boat in English), a boat. But be careful, not a banal one…

This more than 50 year-old ship has been since 11 years a place to make nice musical discoveries, “the the most original hall of current musics of the capital”.

Just next to the National Library (BNF), you go on board  for a unique time !

On September 28th for instance, I discovered several rock bands from pop rock to metal rock.

In this last category the band Fall & Bounce was at the helm !

And for the end of the night, they gave us a nice view of thay new album !

Bravo to the band Shiban too, the next to last in the programme, but at the top for this Parisian evening where I could discover them.